Malta register a win against Gibraltar 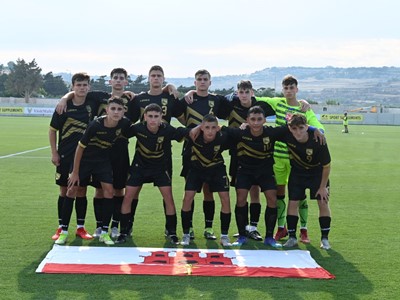 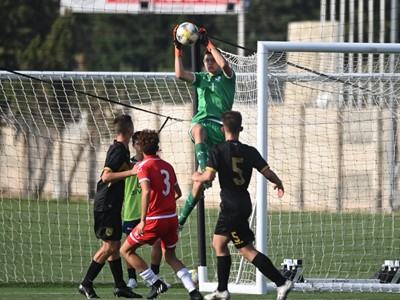 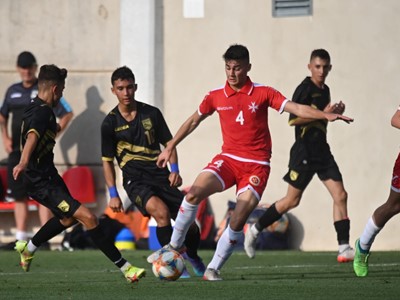 Yesterday night, the Maltese Under-15 boys obtained a handsome victory over Gibraltar Under-15, whom they beat by the odd goal in three. A late second half penalty scored by captain Thomas Melillo, after the first half had ended with a one all score, brought Malta a deserved win in a match in which they dictated play for long stretches.

The hosts needed twenty minutes to get into the match as, at times, the Gibraltar boys looked more comfortable during the opening stage. On 24 minutes, a wonderful action by Nathan Zerafa after a bad Gibraltar clearance on the left nearly meant Malta’s opener, but his effort missed target. Eight minutes later, Malta opened the scoring. Zerafa won the ball in Gibraltar’s half, releasing Nathan Grech on the left, who crossed perfectly to Emerson Piscopo who kicked the goal behind the Gibraltar goalkeeper from close-range. Melillo’s grounder on 38 minutes was saved by Michael Charvetto, the hosts; custodian. However, on the stroke of half-time, it was Lucas Pocock who rounded off a Gibraltar attack, punishing some hesitant defending by Malta.

The guests upped their efforts at the start of the second half but Malta defended well and created their first chance on 46 minutes when Piscopo missed target from an ideal position. Malta had two wonderful opportunities on 50 and 52 minutes. Melillo brought the best out of Charvetto with clever goalscoring attempt, which was tipped over the bar by the Gibraltar custodian, while two minutes later, Claude Mercieca should have done better after Zerafa did all the hard work on the left flank, but the striker concluded wide from close-range. On 69 minutes, Malta escaped when Pocock’s attempt ended up on top of the crossbar. However, on 73 minutes, Malta were awarded a clear penalty and Melillo did not fail from 11-meters to score the winner for the hosts.

The teams will meet again Monday evening, a match which will be played at the same venue with a kick off-time of 20h30, straight after the Malta Under 16 Friendly with their counterparts of Austria.