Malta U21 end year on positive note against Andorra 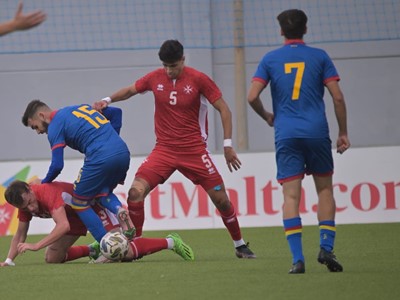 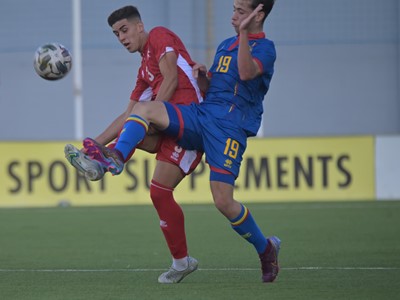 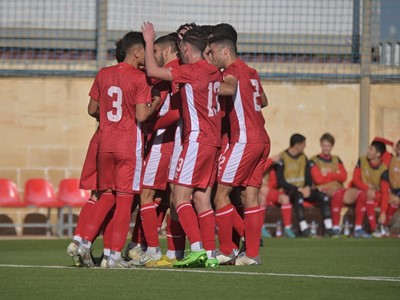 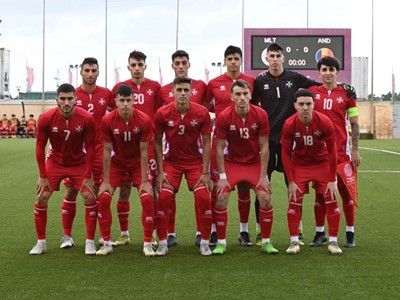 The Maltese Under-21 team finished the year on a positive note, beating Andorra by the odd goal in three in a Friendly match at the Centenary Stadium earlier today. It was a deserved win for Gilbert Agius’ team, who started the match strongly, finishing the few chances that came their way. The match was influenced by the gale winds over Ta’ Qali, which made it hard for both sides to reach their game objectives.

In the starting line-up there was a place for Sliema Wanderers defender James Vella, while late in the match, 18-year-old Melita midfielder Nick Cutajar made his debut for the Malta Under-21 team as well. In the centre of the defence, Floriana’s Owen Spiteri returned to the side after an absence of over a year.

Despite playing against the strong wind, the hosts started well as a half-volley by Mattia Veselji after just two minutes from a corner action ended up against the crossbar. On 21 minutes, Malta took the lead thanks to a goal by Veselji, drilling past the Andorran goalkeeper from the edge of the box. Eight minutes later, Nikolai Micallef’s effort at the second post was paraded well by Rabelo.

The guests gradually found their feet and equalised on 42 minutes thanks to an individual effort of captain Eric De Las Heras, who dribbled his way in the box and beat Matthias Debono with a fierce shot in against the roof of the net.

The first 15 minutes after the break were largely dominated by Andorra, who initially showed the better ideas but somehow rarely troubled Debono. Malta scored the decisive goal on 70 minutes when Zammit was the quickest to hammer home from just inside the box when the Andorra rear-guard failed to clear the ball. Andorra did not manage to stage a strong reaction as the Maltese kept on dictating the match until the very last whistle.

The Maltese Under-21 side played six games in 2022, swallowing defeats against Lithuania, Slovakia and Spain in the UEFA Under-21 Championship, while also Montenegro proved to be too strong in a Friendly last October. Apart from this victory over Andorra, Cyprus was held in a hard-earned two all draw, while on the positive side, the Maltese managed to find the net in five of the six matches.